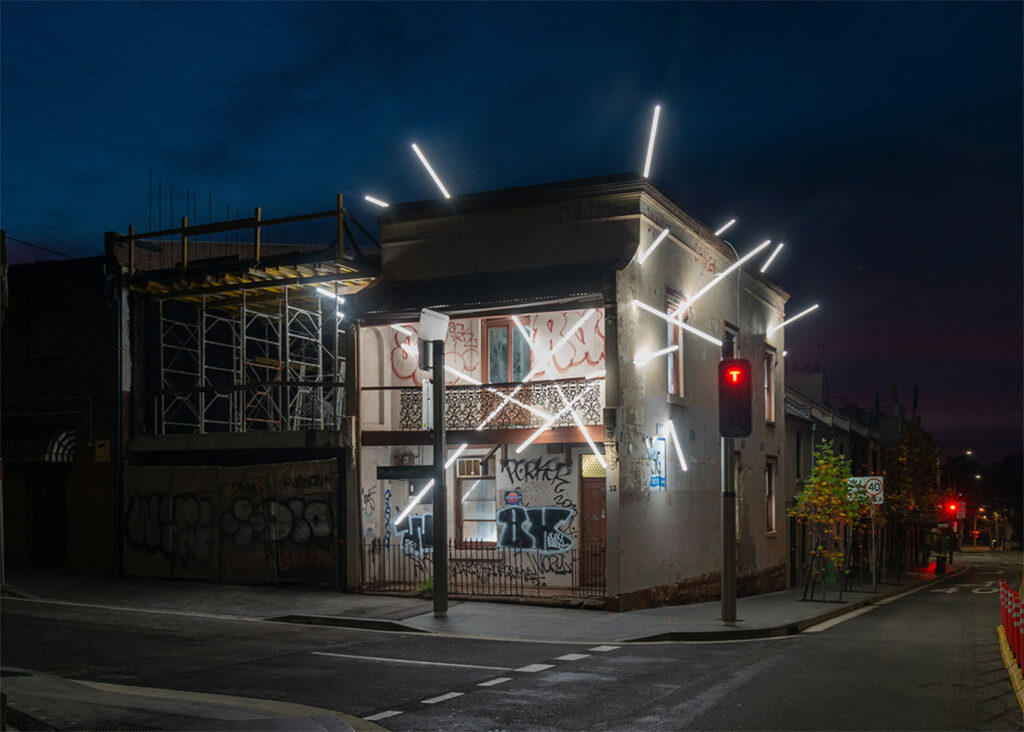 The sight of a derelict house in our fast-gentrifying city fringe is rare enough, but to see one struck by shards of light is electrifying. For the next two weeks until Sunday 4 July, Sydneysiders can encounter an impressive artistic intervention of a heritage terrace spliced with light rays, whilst walking through Surry Hills as part of the City of Sydney’s Art & About series.

Passers-by on foot or riding Sydney’s light rail will find a derelict Victorian terrace house on the corner of Marlborough and Devonshire Streets in Surry Hills, skewered with dozens of customised LED rods. These light beams seemingly pierce the roof and façade, penetrating the interiors with bright white light, as if volts from an unseen superpower are attempting to jolt the building back to life. 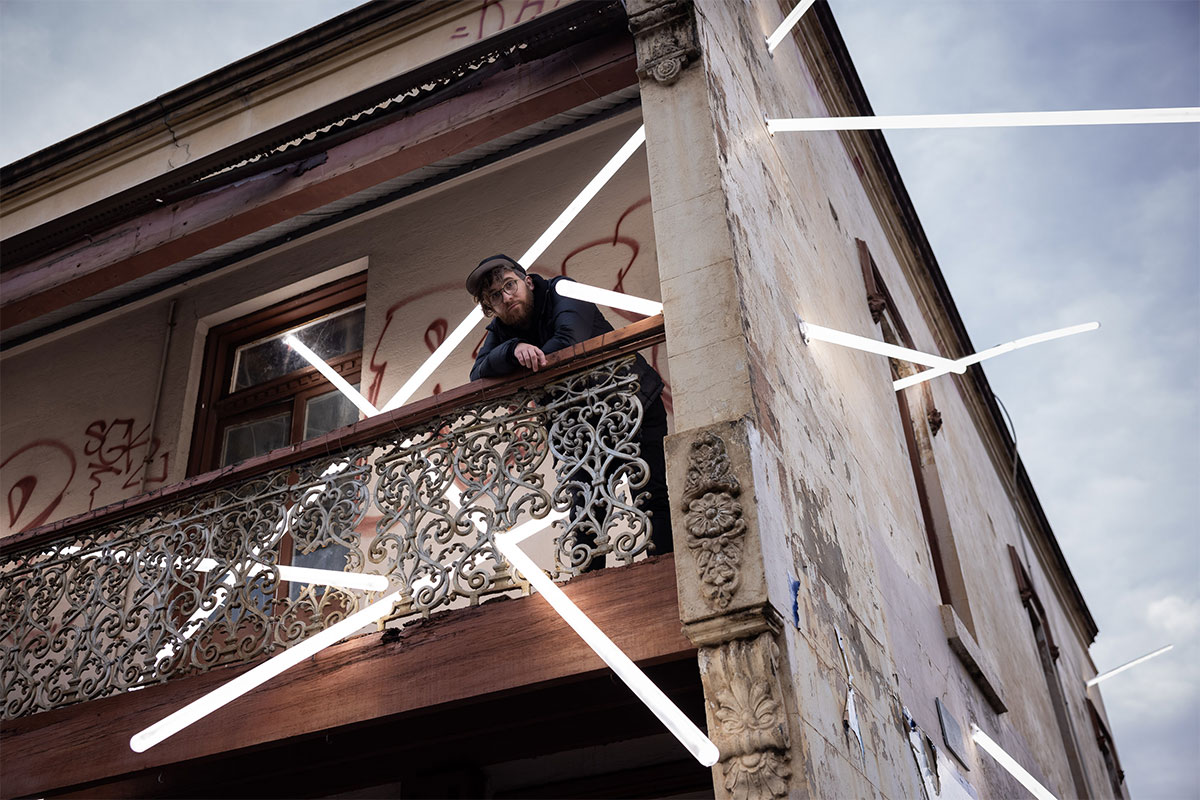 Strange is a master of conceptualising and executing superscale artworks – in Australia and overseas – that combine installation, film and photography. In his best-known works over the last decade, he has interrogated the concept of ‘home’. What started as an autobiographical interest has swelled to encompass investigations into our universal needs for shelter and safety as well as financial and psychological security.

For INTERSECTIONS, Strange uses light to draw our attention to the Victorian architecture of the Marlborough Street terrace, while emphasising its dilapidated condition and the potential loss of built heritage.

“The lines of light in Intersections are an attempt to place abstracted perspective lines back into the environment. These drawn perspective lines don’t appear in nature, but are staples in both painting, drawing, and architecture, used as a way of containing, representing, and changing the natural environment.”

By placing these lines of light back into the landscape, Strange asks the viewer to consider the effect of the hand-drawn line on the landscape. In particular, perspective lines and their relationship to art and architecture as a way of both understanding, interpreting and affecting landscape.

The idea of gesturing with light emerged in Strange’s 2013 artwork FINAL ACT, which saw Strange visit earthquake devastated Christchurch and work with some of the 16,000 suburban homes rendered uninhabitable by the disaster. Painting four of the homes entirely white inside and out, cutting circular voids through their roofs and facades, then flooding them with white light became a symbolic way of remembering lives that had previously inhabited them. 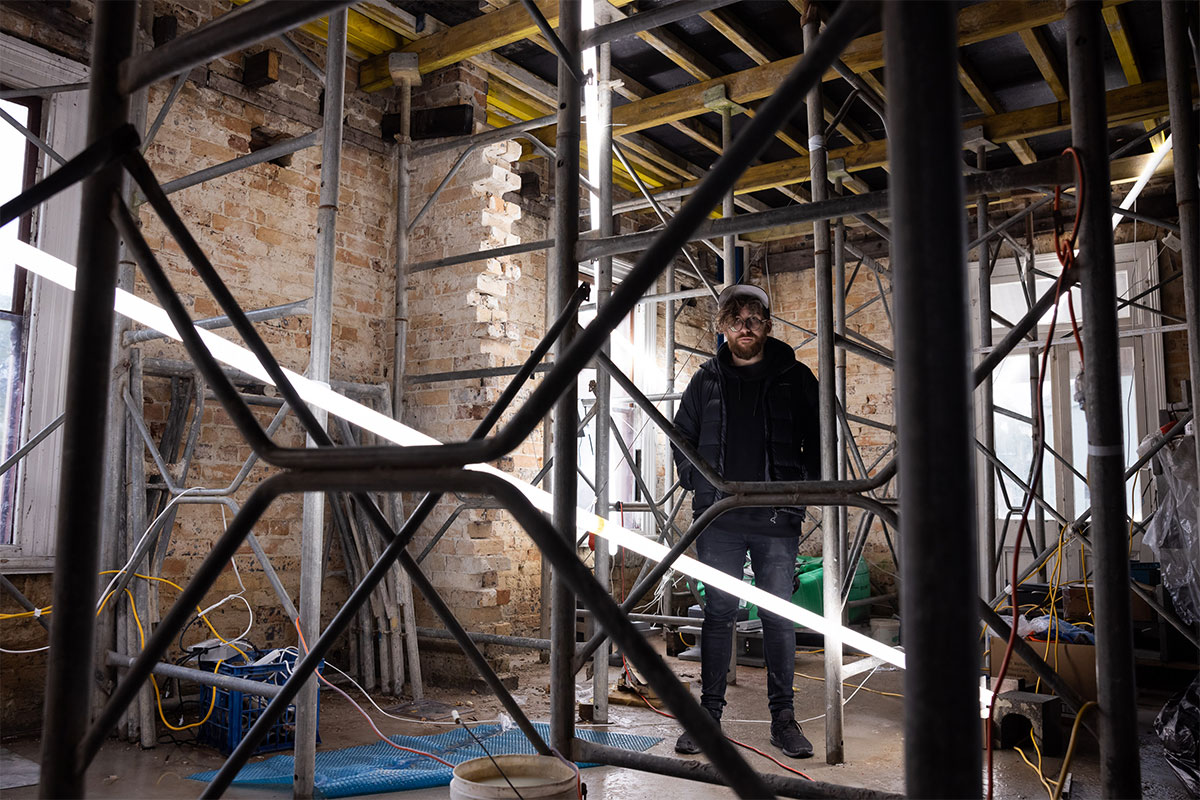 The inside word from the artist on when is best to view or photograph the installation, is at dusk. Strange suggests dusk is likely to give the work a supernatural glow, but that it will be interesting to view the installation throughout all the changing lights of day.

“INTERSECTIONS is designed to be seen from different perspectives. It’s exciting the work will be in a high traffic location so people can photograph it themselves and interact with it. That is one of the wonderful things about creating work in public spaces. Once you make it, the ways people engage with it becomes part of the work,” says Strange.

According to Strange, realising INTERSECTIONS has been a process of collaborating with architects and design team OFFICE to model the terrace, rebuild the perspective lines into the building, and then distort them. Immaculately engineered steel frames support the LED rods so none contact the fabric of the building: “We’re working within heritage constraints and it’s a really complicated process to make these light gestures feel really simple while maintaining the integrity of the structure.”

Collaboration is key to bringing such ambitious projects to fruition. For this project, Strange and his studio has collaborated with OFFICE, long-time creative producer Jedda Andrews along with Scoundrel Projects. Strange says: “In many ways, I’m sitting between artist and director, where my role is to create a framework and then work with talented creatives and technicians to be able to deliver a large project. That’s the privilege of making works like this.” 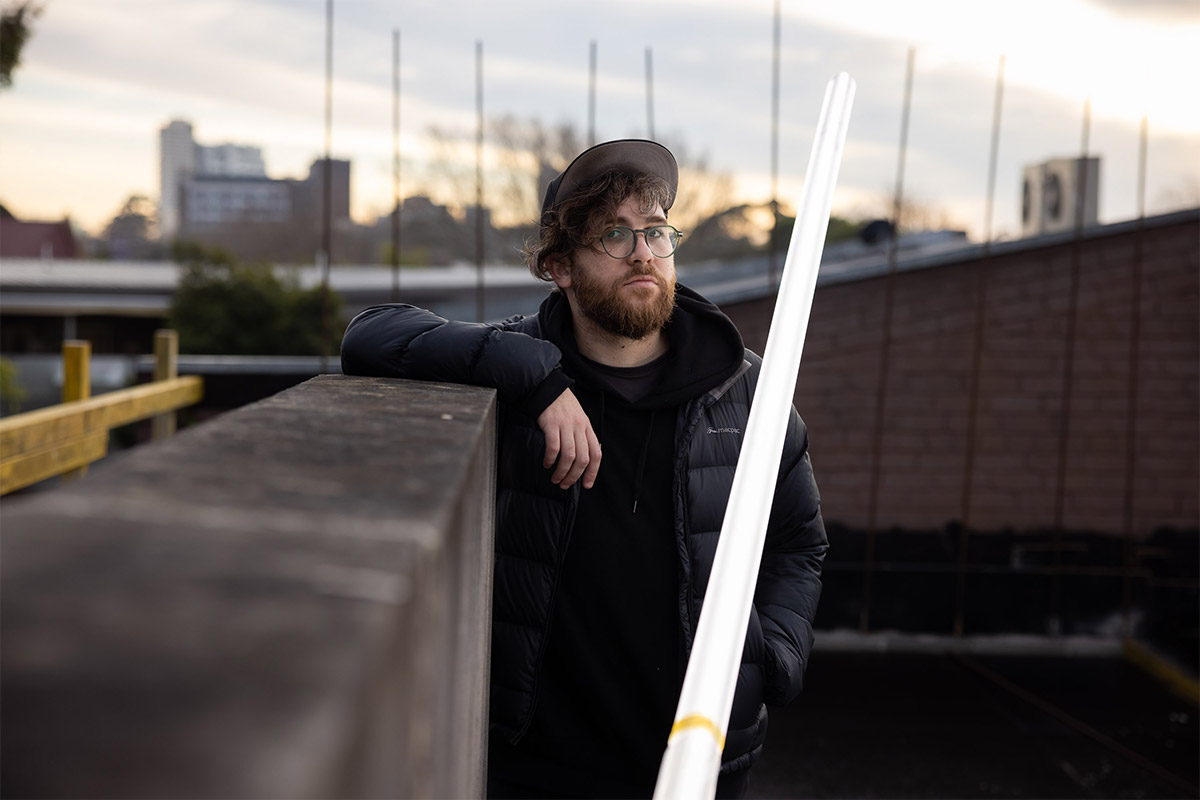 Presented by City of Sydney – Art & About

Covid-19 update: Intersections is public artwork available to view from the street and surrounding areas. No access to the building is permitted. See the latest restrictions and venues of concern identified by NSW Health.