As a young German artist living in West Berlin in the early 1980s, Sabine Hornig was aware of the lives of others across the Berlin Wall.

“I was always fascinated by the two cities which had such opposing political systems, yet existed within the schema of one grand city, imagining what happened on the other side,” she says. Today Berlin remains a city “of different perspectives, where the present is constantly overlapping with its difficult past. A big city, but also in many ways  a pluralistic city with an overlay of different histories and visible scars.”

Living through the collapse of the wall, in particular, has helped define Hornig’s art, a combination of sculpture and photography that often provides two perspectives in one. Now Hornig is turning her gaze to Sydney, a city with its own divided personality, unique traumas and beauty, to create a permanent installation in the 170-metre long connection between the three towers at Barangaroo.

Due to be finished by the end of 2018, the vast site-specific work commissioned by the Barangaroo Development Authority and Lendlease will see Hornig’s photographic images of indigenous Sydney flora printed on glass walls in the walkways and passages between the towers. Titled Shadows, plants will emerge as transparent reflections creating what Hornig terms a “botanical discovery route”.

Inspiration came in 2015, when Hornig was given a tour of Sydney’s Royal Botanic Gardens by Kukuyalanji woman Henrietta Baird. It impressed on her “the importance of plants to native Australians.”

“In our modern, Western culture we have such disregard for the land,” adds Hornig. “And we observe the constant building and destruction of buildings with a complete neglect for the local peculiarities of certain sites.” Keen to rebut this trend, Hornig is drawing on the idea of Sydney as a city that is both bustling metropolis and gifted with ample natural wonders.

When searching for the right person for the job Barbara Flynn, curatorial advisor to Barangaroo Delivery Authority and Lendlease for Barangaroo South, noted that “we were looking for artists who were working in very original ways.” 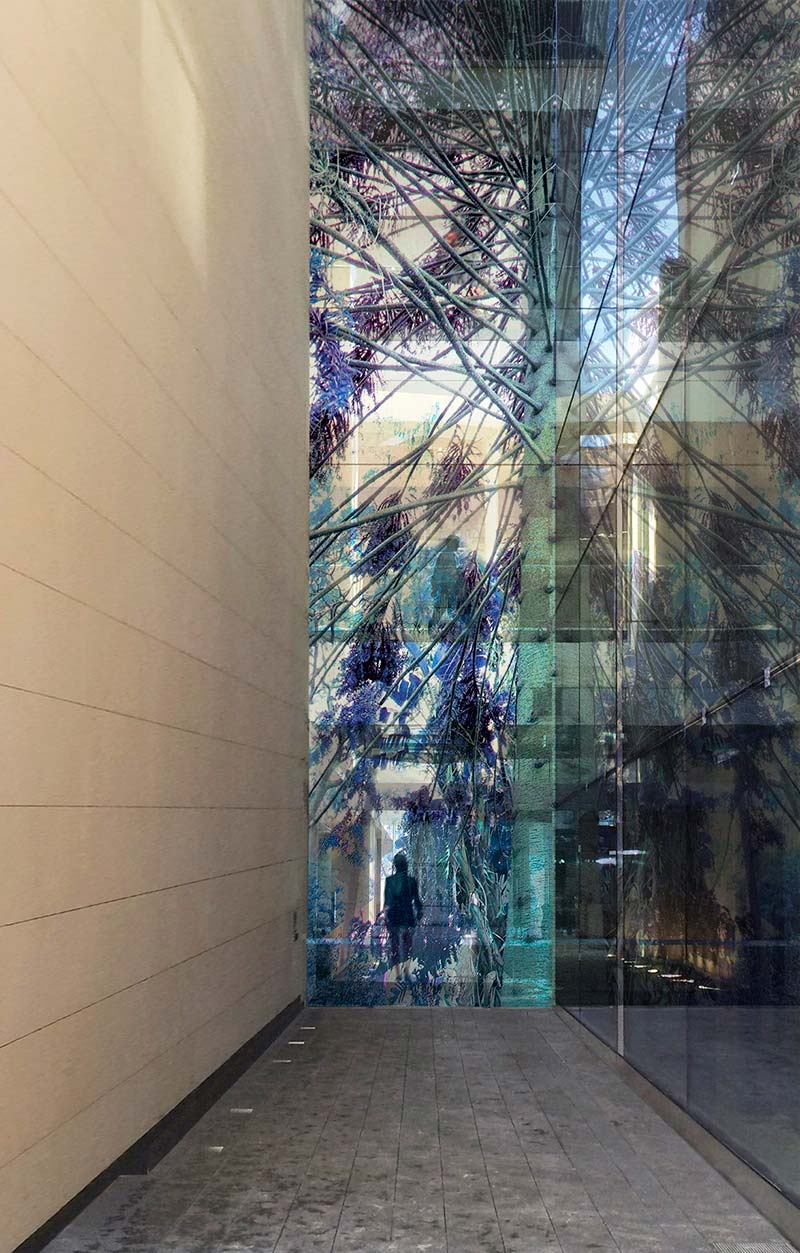 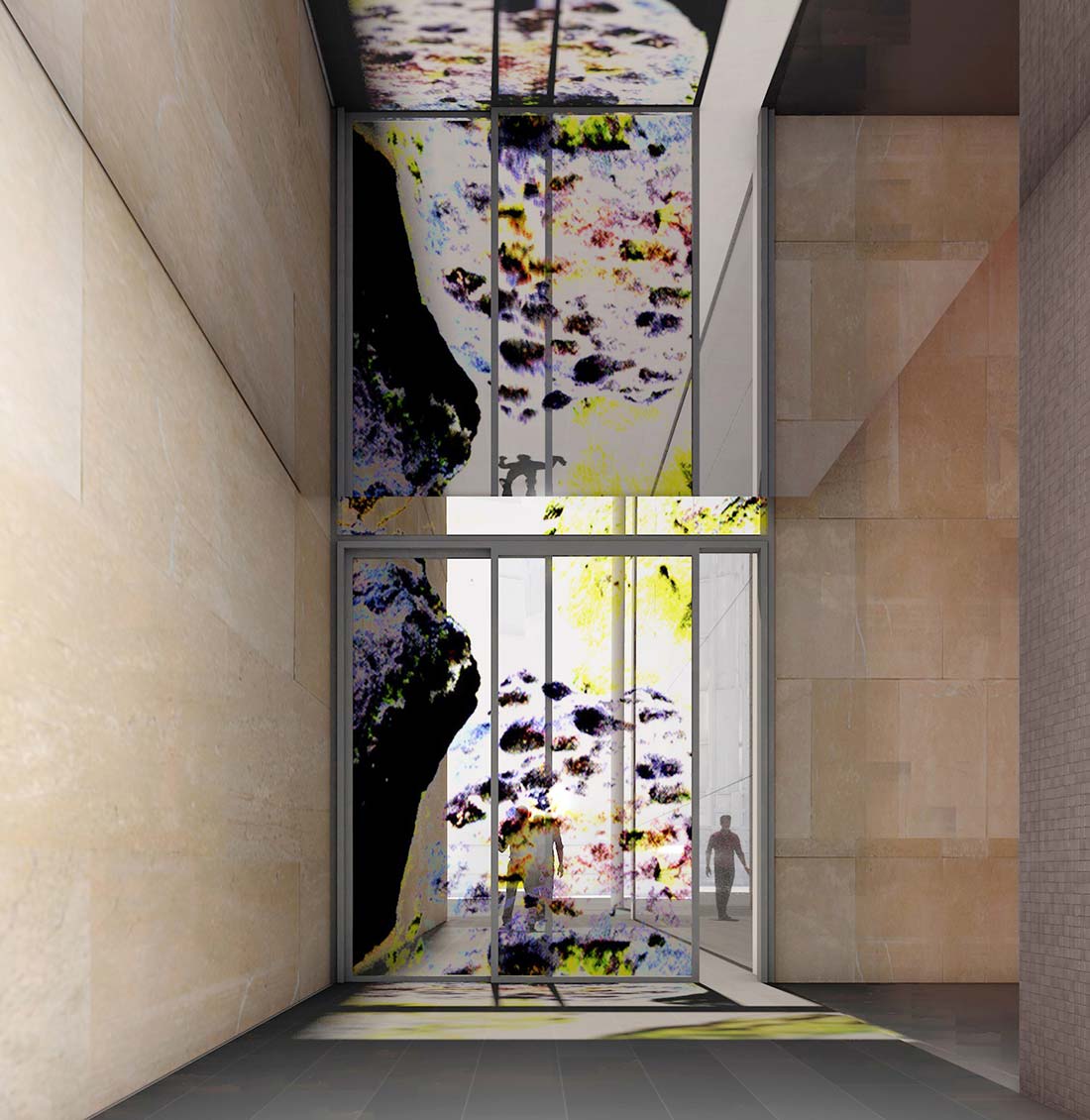 Hornig fit the brief. Born in Pforzheim, West Germany, in 1964, and now living in Berlin with her daughter and set designer husband, her works have appeared at top galleries worldwide, including MoMA and the Guggenheim Museum.

Central to Hornig’s practise are doorways and windows, motifs that provide a sense of looking into a familiar, yet separate world. A door, “like a window, is a threshold between two spaces,” she says. “It extends a space in your imagination.”

In Barangaroo, transparent glass – reflecting what Hornig hopes are “beautiful iridescent shadows” – will reflect the viewers’ own faces and bodies. Not only will pedestrians become participants in the art but, with the doors covered in printed photographs as well, “people will literally walk through the imagery,” she says.

It is this “really interesting understanding of the public domain,” that makes Hornig’s work stand out, notes Flynn. Or, as the Guggenheim Museum puts it, Hornig “transforms the mundane activity of glancing through windows and doors into something strange”, revealing new angles and site-lines in urban environments that we might walk through daily.

Crucially, Hornig wants to pay homage to “the importance of this particular site; its history and significance for the Aboriginal Cadigal people.”

“Throughout European history, the window has provided a key symbol and visual metaphor for the framing of the world through a single and central perspective, where mankind is looking out, establishing a distance between nature and the rest of the world,” she elaborates. “What I’m trying to do is different, by overlaying images, I aim to show the simultaneity of visions of different histories and times.”

“People will literally walk through the imagery” – Sabine Hornig

When it is finished and open to the public Hornig hopes the work will bring “a kind of lightness in”, causing those who walk past, usually unthinking and unseeing, to pause and reflect. Ultimately, it is not “about arriving anywhere, to any certain place, but about a transition,” she says. “A wandering experience.”

Shadows by Sabine Hornig has been commissioned by Lendlease under the Barangaroo Public Art and Cultural Plan. It is due to be completed by the end of 2018.