A new public art work titled These Walls Could Talk is unveiled for The Big Anxiety Festival, addressing mental health through art and poetry 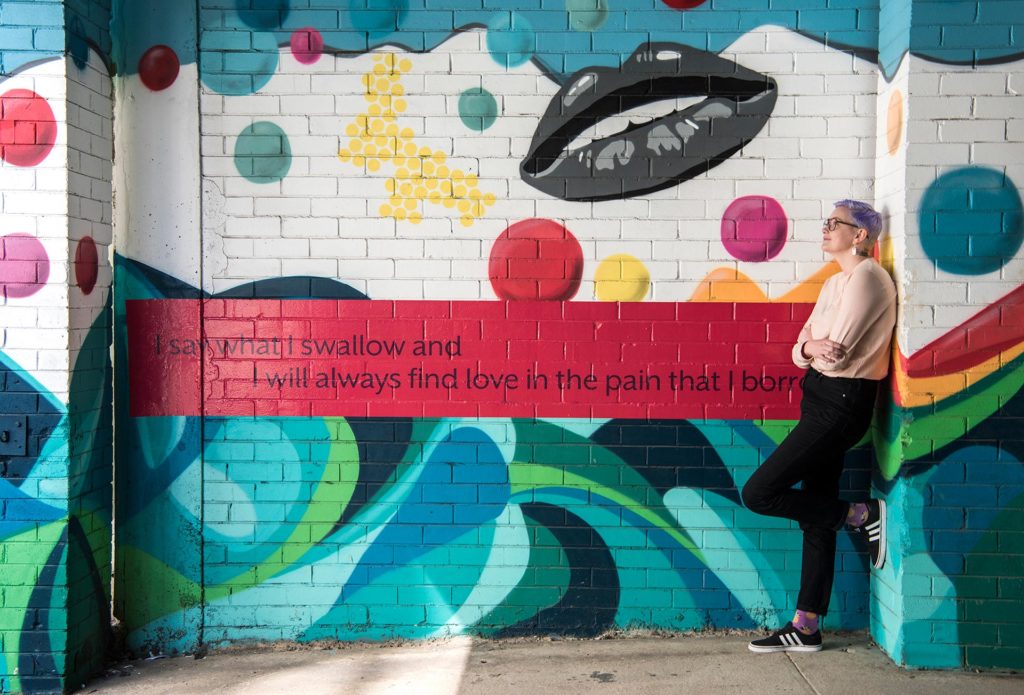 Scattered around Atchison Lane, Atchison Street and Chandos Street in St Leonards, on Sydney’s North Shore, are a series of poems. Attached to walls, buildings and windows, the words speak to mental stress and illness: to grief, and hurt, and distress.

“Medicated love, you see the pupils in her eyes, dinner plates of darkness, 4am skies,” goes one poem. Another reads: “I stare into the void and he stares right back. He whispers ‘Come and join me.’ But I vow I will not crack.”

Part of a new installation of text-based artworks by Sydney-based artist Cameron Cripps-Kennedy, created in collaboration with poet Omar Sakr and students at Bradfield Senior College through a series of workshops, These Walls Could Talk examines the day-to-day experience of young people living with stress.

Held in conjunction with UNSW’s The Big Anxiety festival, which this year concentrates on the theme of empathy and is being supported Bridging Hope Charity Foundation, the installation was commissioned by TWT Property Group. 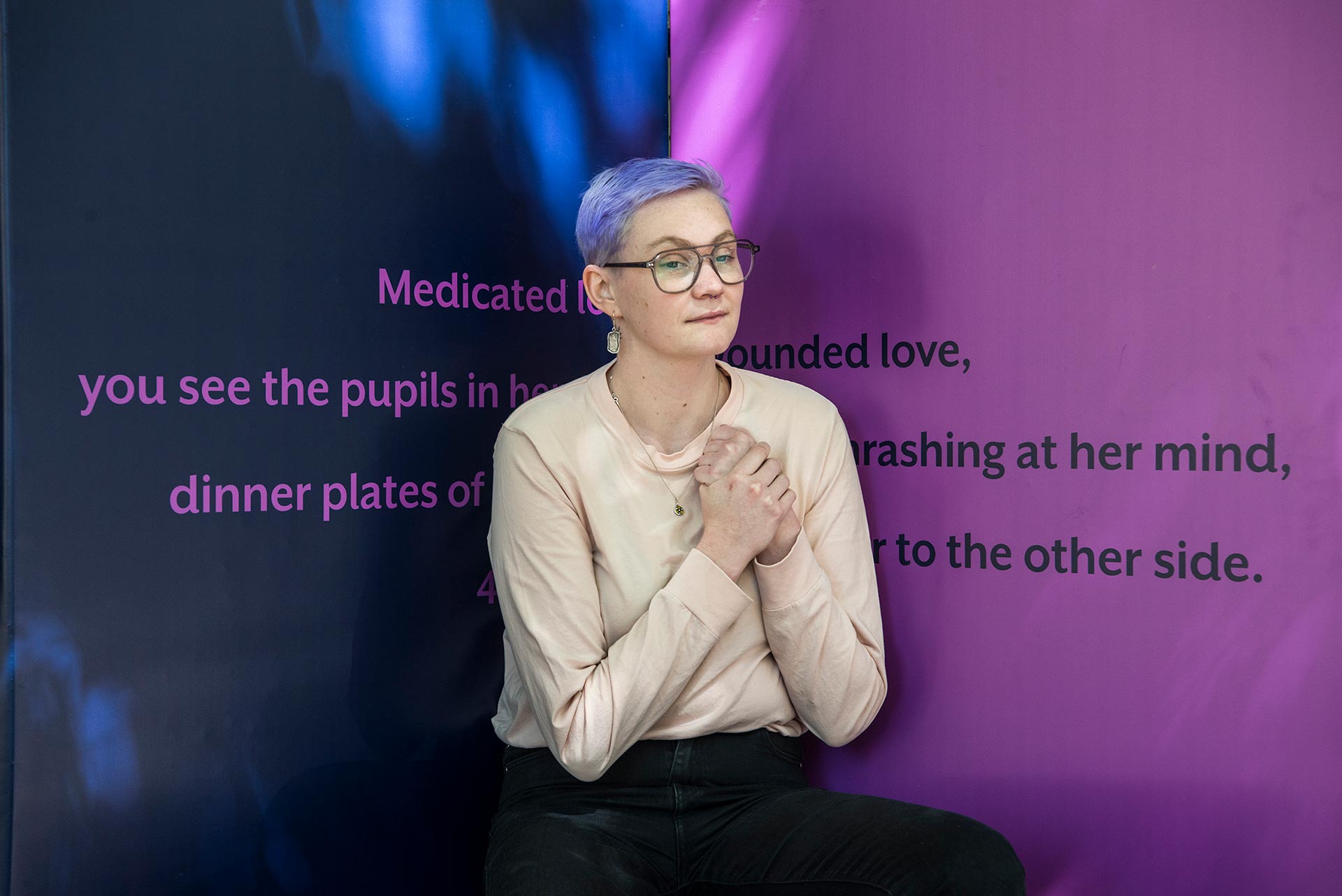 But while some of the words are easy to see, others are hidden: wedged into a corner, or tucked away in an old garage. The more visible words represent mental distress that is largely accepted, such as heartbreak and grief; the hidden ones represent those that are more stigmatised in society, such as schizophrenia or bipolar disorder.

As Anke Timm, chief executive of Bridging Hope Charity Foundation, puts it: the words speak to the reality of any individuals who feel “ashamed and are hiding in dark places.”

These Walls Could Talk, which will also be installed in North Sydney Council’s public park, aims to lesson that shame through dialogue, art and creativity. “The young people have agency though their voices,” says Timm.

In a 2018 Mission Australia Annual Youth Survey, each state and territory named mental health as the top issue in Australia – the first time in 17 years that has happened. Indeed, the rate of young people who have named mental health as a key national issue has doubled since 2016. According to the Australian Institute of Health and Welfare, almost one in seven children and adolescents have mental health disorders, from ADHD to anxiety – or just under 600,000 young Australians. 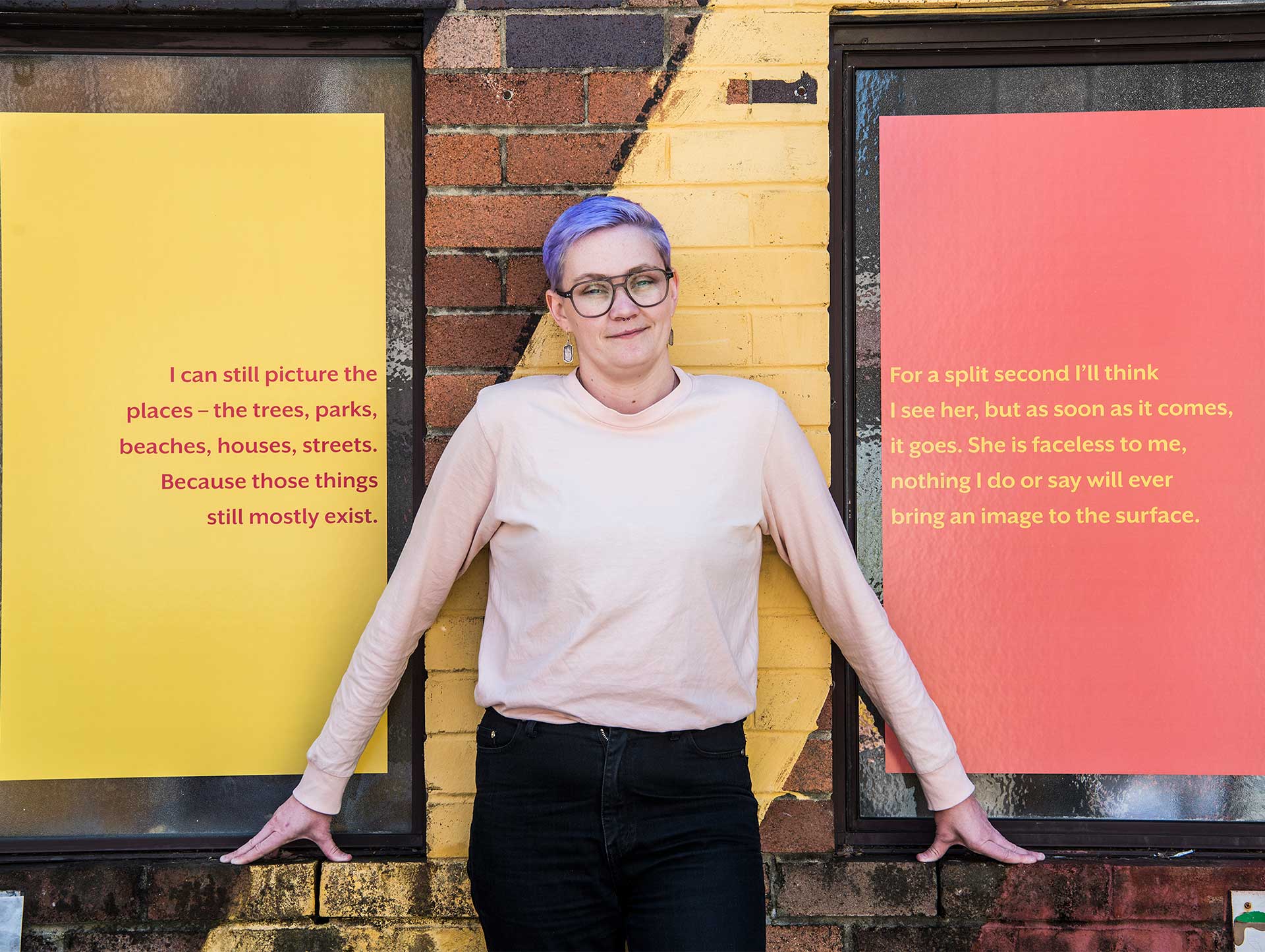 “Globally, the treatment of ill mental health lies in the medical field – it’s drug and therapy related,” explains Timm. “The Big Anxiety actually looks at more innovative ways of understanding and treating anxiety and mental health disorders. The combination of arts and creativity as a conduit not just to experience higher well being or betterment in your mental health, but also to understand mental health better.”

She adds: “We need to find other ways in prevention and intervention – and The Big Anxiety is offering exactly that.”

“I hope that having open and honest conversations about the experiences of mental illness creates empathy,” – Cameron Cripps-Kennedy, artist

For TWT Property Group, who are interested in experimenting with architecture and installations that prioritise human wellbeing, the collaboration was a natural fit. Four workshops in October with senior groups from the St Leonards community will enable others, too, to respond to the students’ poetry by producing their own texts.

Cameron Cripps-Kennedy, for one, hopes that the These Words Could Talk will help visitors “understand the depth and breadth of experiences of mental illness.”

“I hope that having open and honest conversations about the experiences of mental illness creates empathy,” says Cripps-Kennedy. Language “has an immense power.”

These Walls Could Talk runs from 28 September to 10 November in St Leonards, Sydney