The life and times of Robert Klippel

As Olsen Gallery shows a major selection of Robert Klippel’s works in Australia for the first time in over a decade, his son Andrew remembers his father

“Australia was a very important part of dad’s life,” recalls Andrew. “Woolloomooloo, the cranes, the old ships from when Dad was in the navy — that whole element of Sydney is very predominant in Dad’s work. Although he’s an abstract artist, the spirit of the harbour is very much alive in his work.”

Now a major selection of Robert Klippel’s works will be showing for the first time in Australia in a more than decade. Olsen Gallery is exhibiting five of Klippel’s sculptures, plus works on paper, in Colour and Form: Works from the Estate of Robert Klippel at Sydney Contemporary in September. Many have never before been put on the market.

One key highlight is No 363  Ninety-three constructions of coloured paper. Created in 1980, it features 93 tiny collage cardboard reliefs rendered in bright pops of pinks and blues. Stuck upright on reworked chopsticks, each one measures less than 12cm high.

“I know pretty much every one of these here,” says Andrew, as he stands in front of the sculpture at its temporary home in Olsen Gallery, Woollahra. For Andrew, who remembers his father working on the artwork, each collage “brings back time, much like music does. The smell of it, the look of it, the colour of it.”

Tim Olsen also sees music in the sculpture, but for different reasons. “It’s like a piece of music – each sculpture is a note and to me it takes you through a lovely little symphony of observations quite unlike any other sculpture that people are doing today or even then in its own time,” says the gallerist.

Born in Potts Point, Sydney, in 1920, Klippel served as a seaman in World War Two and became a model maker at the Navy Gunnery in 1943. “He was making models ever since he was five years old… he was fascinated by the forms of old war ships from WW1, and especially old clipper ships,” says Andrew, who refers to his father as a “miniaturist.” 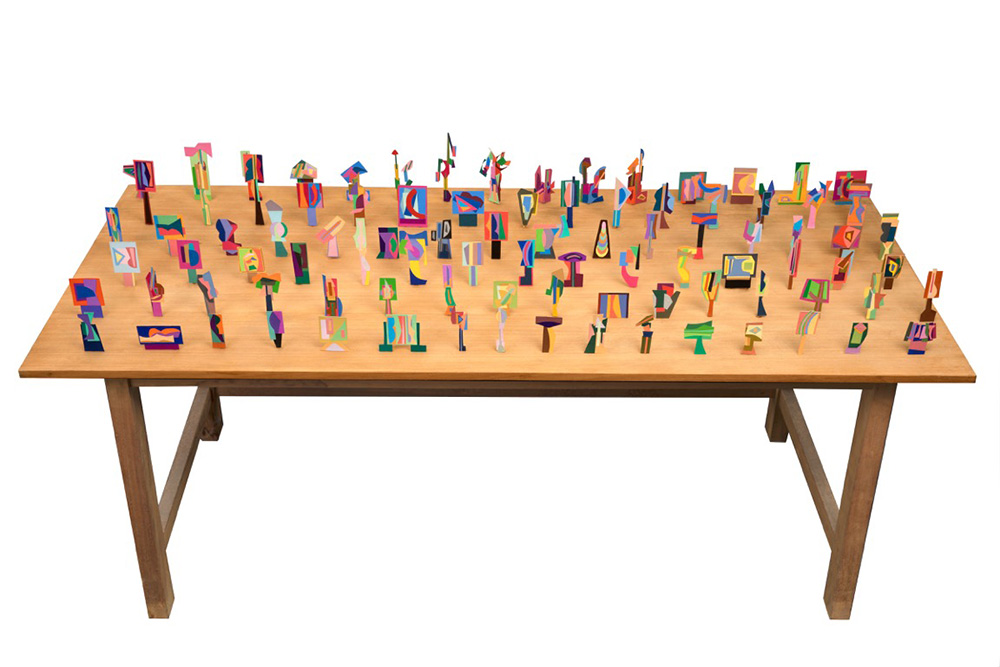 Art, however, soon took over. “He was part of a generation of artists that were monk like in their approach to art – it was for life,” remembers Andrew. “There was no other aspect of it – it was just pure focus on art.”

Klippel studied at the Slade School of Art in London before moving to Paris, New York and Sydney, where he worked with artistic greats including Lucian Freud, James Gleeson, André Breton, Richard Stankiewicz and John Olsen. In 1961 his works were displayed at New York’s Museum of Modern Art alongside Miró and Picasso. Today eight bronze works, commissioned in 1980, stand in the sculpture garden at the National Gallery of Australia. And in 2002, following his death in 2001 at the age of 81, the Art Gallery of New South Wales put on a major retrospective, Robert Klippel: A Tribute Exhibition.

Andrew recalls a man “truly unaffected by material things, material wealth. The sculptures were so important that he didn’t really like selling them – he just liked living with them. He loved them.” Klippel inhabited the same run-down house – with dust everywhere, wallpaper peeling off the walls in great sheets, and artworks scattered throughout the rooms — for years. While some sculptures took twenty years to complete, others only took days.

“Each sculpture brings back time. The smell of it, the look of it, the colour of it”

One of Klippel’s appeals was his ability to move between mediums and scales, from the smaller more intimate works like No 363  Ninety-three constructions of coloured paper to imposing sculptures created from wood and metal. Opus 657, a large bronze work made in 1987, will also show at Sydney Contemporary. Olsen views it as a “powerful totem to 20th century art.”

“To see this work, it really just expresses the dexterity of the man as a complete artist,” he adds. “Klippel ventured more into other realms of medium in the same way that Matisse and other great masters of the 20th century were able to work from one medium to the next but still maintain their language.” 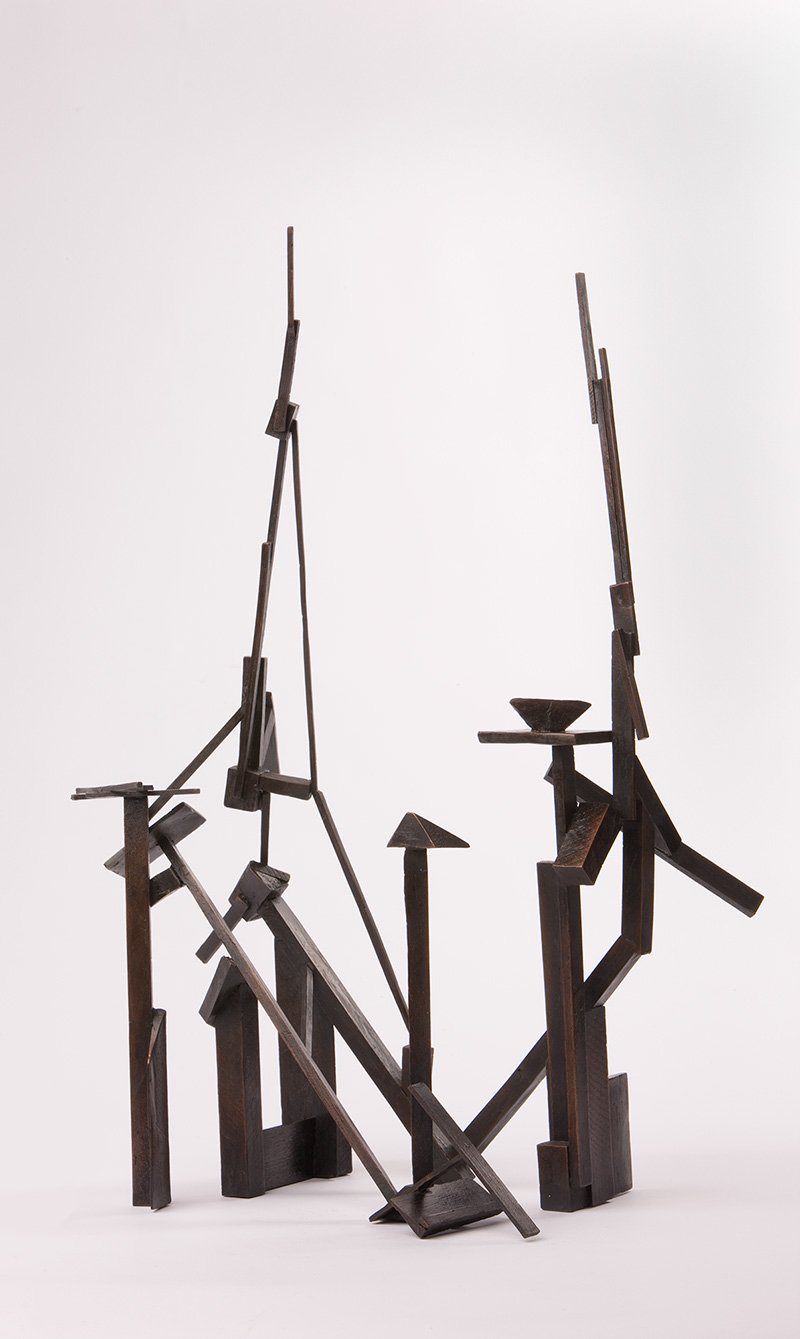 Klippel once stated that his artistic aim was “express the workings of nature – in the broadest sense”. For Olsen there’s another reason to applaud his sculptures: that although he is no longer with us in person “we have an artist who is still living through his work.”

The Olsen Gallery’s Colour and Form: Works from the Estate of Robert Klippel will show at Sydney Contemporary from 7-10 September 2017.