Oceans rise and fall, a future world made visible through waves of light. Mike Daly’s new artwork, Tidal, harnesses data from six cities around the globe to illuminate the celestial currents of a story still taking shape. 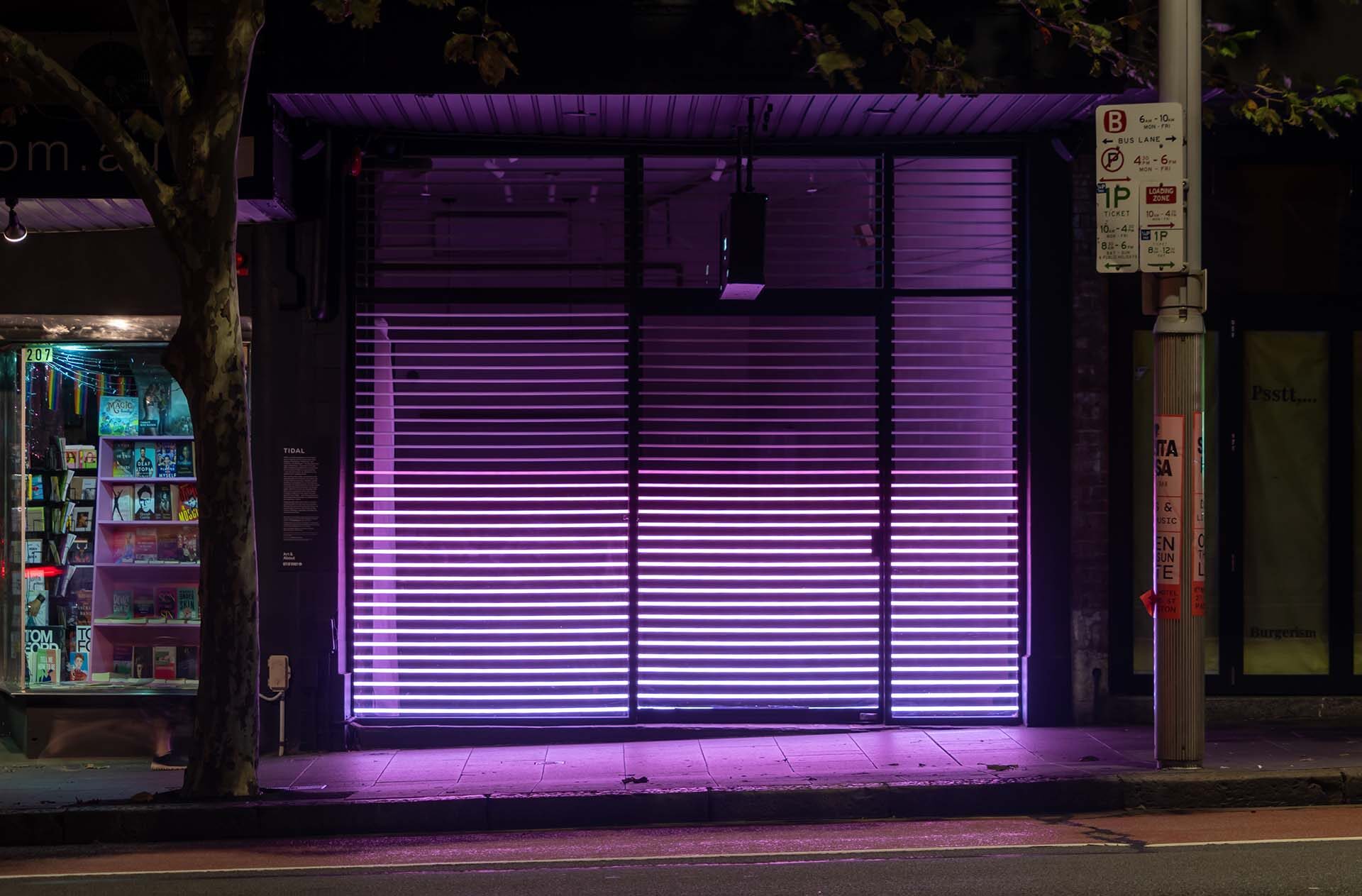 As part of the City of Sydney’s Art & About series, Tidal connects disparate communities with an urgent, constantly evolving message about environmental change in the Anthropocene. Daly has compiled tidal data from every second of every day of the year 2050 in a striking light installation that reveals as much about the present as it does about the future.

The work will be displayed from a shop-front at 205 Oxford Street, with 43 horizontal light tubes arranged 8cm apart to represent rising and falling water levels around the world.

Daly conceived the idea during the early months of lockdown. Along with some turbulence on the global political stage, there was a distinct sense that the world was shifting rapidly around him. Hence a work that looks to the future while recalling a simpler time: “There’s a nostalgia for the past, but also for a sense of certainty and assuredness.”

Daly conceived the idea during the early months of lockdown. Along with some turbulence on the global political stage, there was a distinct sense that the world was shifting rapidly around him. Hence a work that looks to the future while recalling a simpler time: “There’s a nostalgia for the past, but also for a sense of certainty and assuredness.”

While the environmental themes remain key, Daly describes his installation as ultimately a meditation on uncertainty and change.

“Global warming is something we’re certain is happening but we’re not at all certain about what the flow-on effects are going to be,” he says. “On the surface the artwork is an environmental work, but for me it’s also about the human response to what we’re doing to the planet.” 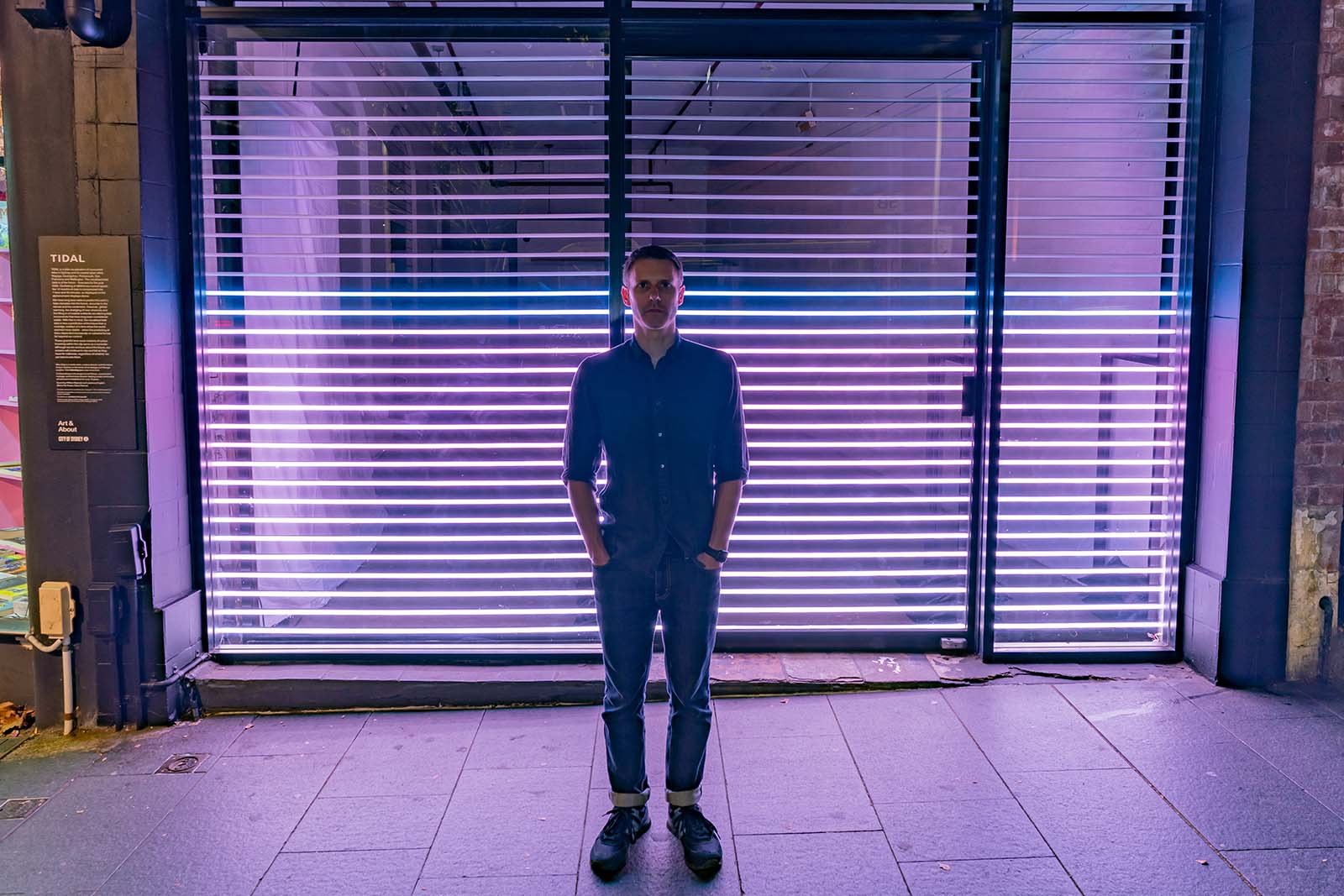 Tidal visualises tidal movement data from Sydney and its five coastal sister cities: Nagoya, Guangzhou, Portsmouth, San Francisco and Wellington. The data comes from the year 2050, drawing on publicly available information that comes to us with surprising levels of accuracy.

“The data goes to the second and to the millimetre,” Daly says. “The reason it’s so accurate is because they’re driven by vast celestial forces beyond our control. We’re talking about the movement of the sun and earth and the moon, which is something we understand and can predict down the track.”

In Tidal, twelve months of tidal data have been compressed into a loop that runs for one hour and 45 minutes. The display moves at 5000 times normal speed, resulting in visual representations of different cities every minute from midnight on January 1 2050 to the final breaths of December 31.

A light-box above the work will display the information that corresponds to the moving lights below: time, date, city, tidal height. These figures will tick over in real time as the waves of light shimmer up and down.

For all the accuracy of the data, though, the tidal movements of 2050 are not as fixed as they might once have been. The numbers should be accurate, Daly says, but human-induced climate change is likely to be making a picture different to the one we might have otherwise expected. Just how different, well, only time will tell. 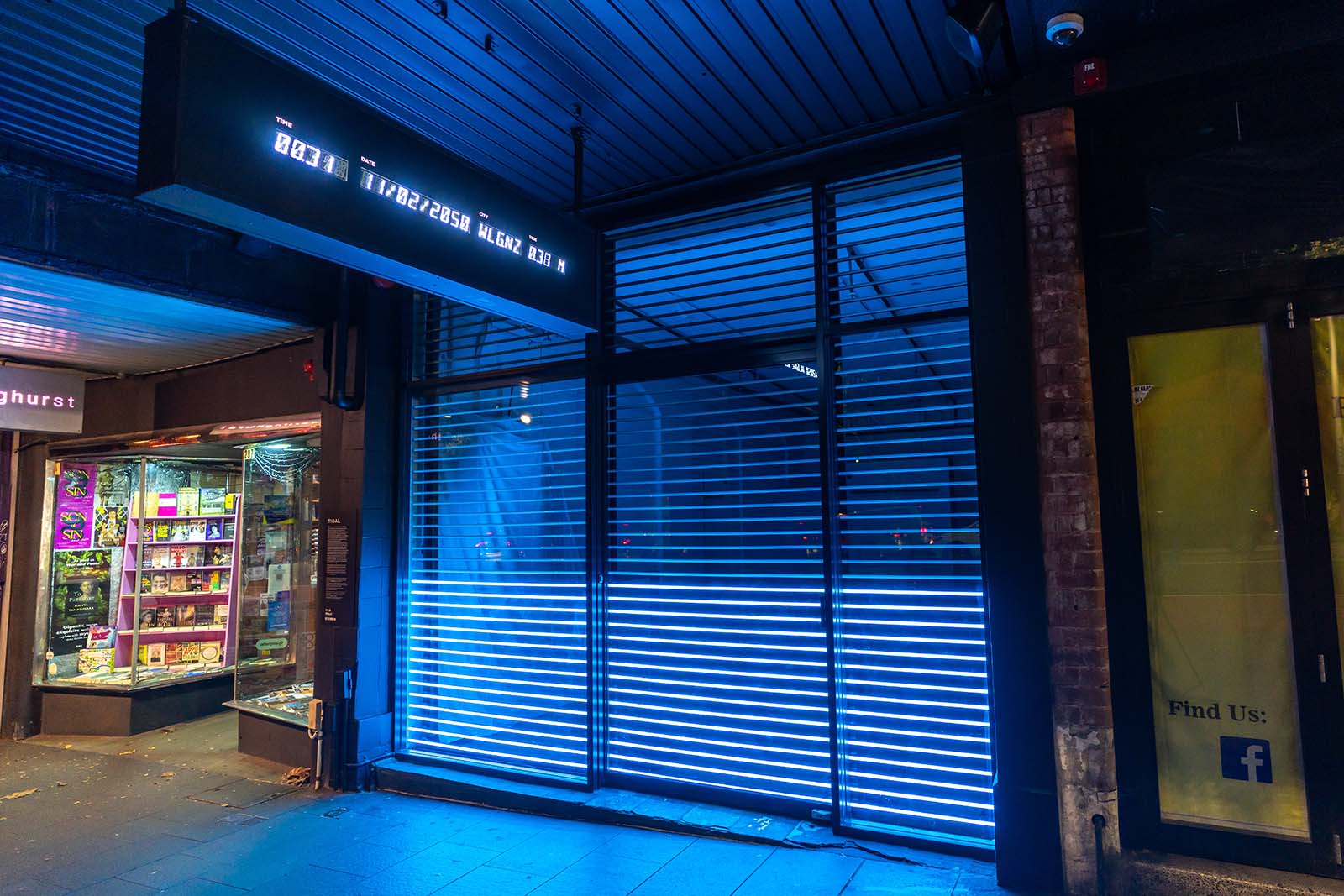 “Because of global warming, the dredging of river channels and the filling in of coastal wetlands, we’ve started to alter tidal movements for the first time in our lifetimes, and in ways we can’t predict,” Daly says.

“In that sense, the data goes from being an accurate predictor of the future to something that seems, in my mind, like a nostalgic artefact from a time when the world was more stable.”

Based in Sydney, Mike Daly is a media artist, creative director and filmmaker whose work ranges from interactive installations and VR to video art and traditional films. He has collaborated with major cultural institutions like the Sydney Dance Company, Sydney Theatre Company and Powerhouse Museum, while his honours include a Cannes Lions gold, among other awards.

In Darlinghurst, the oscillation of the lights will unfold on a loop, offering an immersive, meditative experience for the viewer. An ambient soundtrack by William Basinski and Lawrence English will also play throughout, further bringing to life this small piece of real estate on one of Sydney’s busiest thoroughfares.

As the data spreads around the globe, and the lights glide up and down accordingly, their colour tells a story as well. From deep blues at night and warmer hues at dawn to white in the middle of the day, the colours will also follow the trajectory of the globe as it spins around the sun. 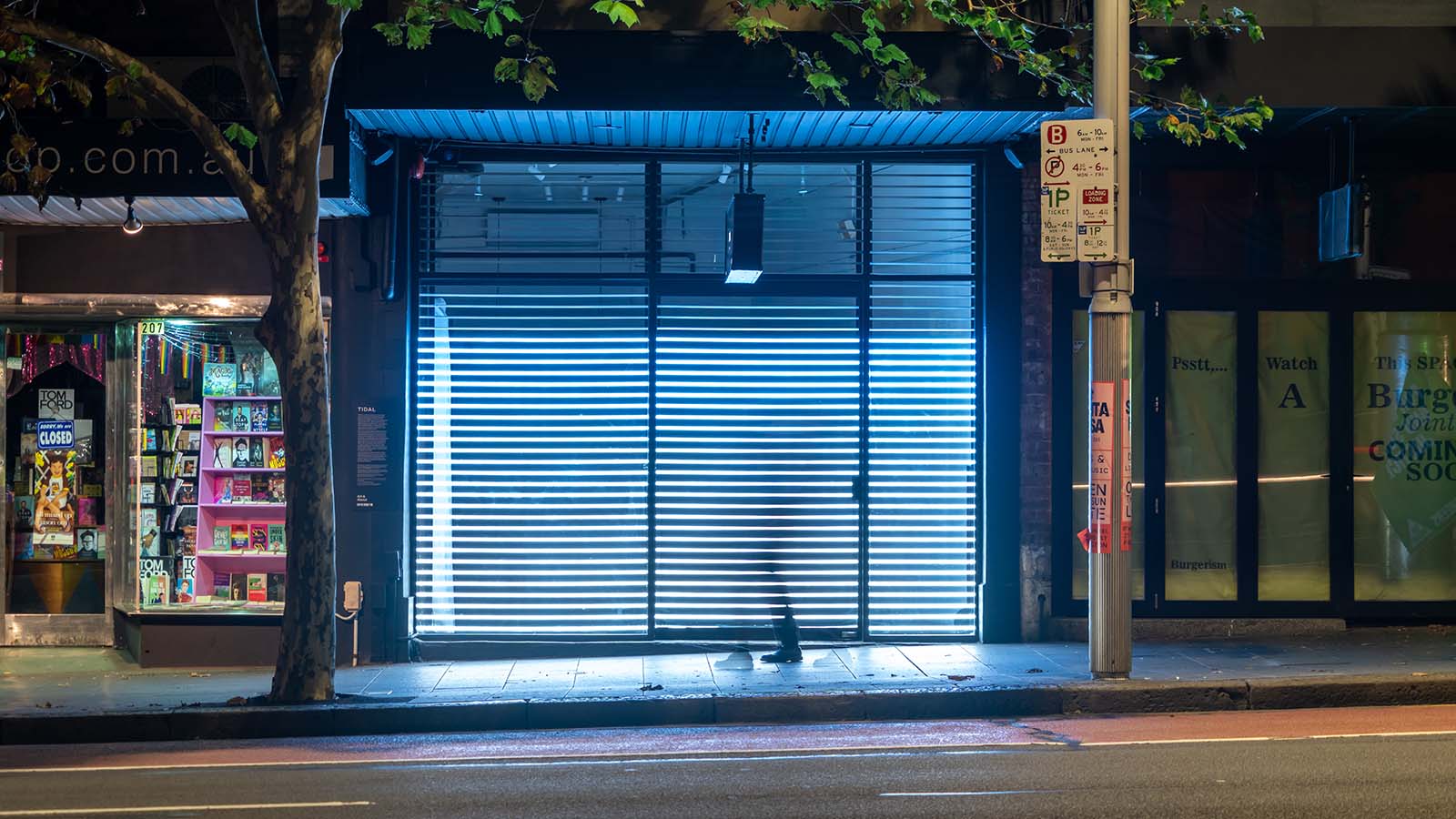 “When you look at the tides moving up and down, which have been sped up to a calm breathing pace, they change colour depending on the time of day in the city that you’re looking at in that moment,” Daly says.

“I’m interested in data as a storytelling medium. Not in terms of a hero’s journey or three-act structure, but its ability to transport people to a time and place, to explore ideas through subject matter and context, similar to a novel or film but less explicit.”

Tidal opens on May 5 and runs until May 25. Discussions have begun to tour the work to some of the cities whose tidal data has been put up in lights.